Defining a quad underneath story events

@jhull @mlucas I wanted to ask if it’s alright to add a quad underneath the event level of a scene in order to pick up even more detail?

I want to go a quad lower than event level resolution for a story I’m writing.

This would have the effect of folding space and time onto itself, in turn creating a catastrophic event that would destroy the very fabric of our Universe.

I would highly recommend not doing that.

I’m not them, but I don’t think there IS anything below event

Then it loops around up to the top again…soooo?

There isn’t anywhere to go.

I wonder if what’s really happening is that your intuition is telling you to create another scene – to give more focus to what you were previously considering just a “part” of the bigger scene. This happens to me sometimes (often I don’t realize it until after I already wrote it like that).

Always follow your intuition! The point is to tell a STORY. All these tools are just here to help when your intuition tells you something isn’t quite working. Break all the “rules” you want if it leads to a better story. 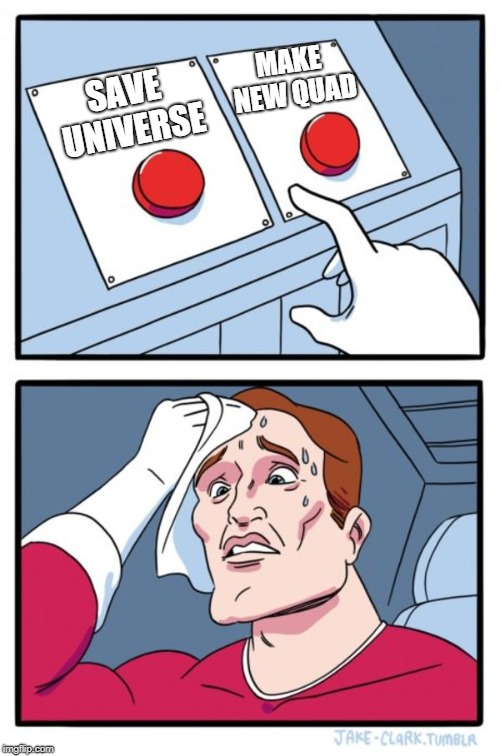 The year is 2018. The story is happening in a village in Northern Uganda, Africa. The main character, Nthanda is a village chief.

Nthanda’s baby is baby is sick and his temperature is rising and he is coughing. His wife Amara urges him to head to the clinic and get medicine for him.

Nthanda’s wife Amara is holding their sick baby boy under candlelight at home while her two older daughters are having dinner and giggling happily.

Nthanda comes home and she tells him that she is worried the baby is coughing for the past one hour. He was fine during the day but he developed a cough out nowhere. He has been crying throughout the evening too.

Nthanda listens but is he’s interrupted by his kids when they come to welcome him back.

Amara wears a frown on her face.

It’s probably just a common cough Nthanda thinks to himself.

Nthanda values his children equally and he tries to give each of them equal attention when he is present with them. He doesn’t believe in the traditional African stereotype that boys are more valuable than girls. Boys and girls both have potential to do great things. Nthanda doesn’t play favorites with his children.

Nthanda had a lawyer make a will giving each of his children the same share of his wealth and property.

Nthanda’ saw the injustice a lot of girls and women went through when their husbands or fathers died. Their land would be taken from them and they would be told to return to their families where they came from before getting married.

He doesn’t want his wife or girls to have to suffer through something like that.

Nthanda says, check on the fridge or the kitchen cupboard, there’s probably some cough syrup in there.

They always kept essential medicine in one of the cupboards in the kitchen so that anyone including the maid could help themselves and the kids in case of an emergency.

Amara went with the baby to the kitchen to check.

He continues playing with his daughters. He believes it’s just an ordinary cough.

Amara returns to the dining table and finds Nthanda giggling with his daughters. She shouts at her daughters to go to their room so he can have his full attention.

She moves closer to him and hands him the baby. “Look he’s even getting a fever. We need to do something about the situation.

“You had better get concerned about the baby. He’s your responsibility as much as mine.”

“Let me prepare to head to the clinic,” he says.

His car refuses to start so he must walk to the district township.

@mlucas What do you think?