How to Weave Throughlines Together to Create a Single Plot

When I initially wrote my response, I was in agreement. However, as I wrote it, I saw how most of those concepts easily fall within the MC or IC throughlines.

In short, I don’t know. Nothing exists in a vacuum and bleed over from the OST, MCT, and ICT is expected.

There are certain things that I think would be helpful.

I will say, it is interesting that the RS is defined as an objective view when one component of it is subjective (MC) and the other is objective (IC). In my opinion, it can’t quite be objective. It is Yin and Yang.

But the way it is written in multiple articles, it isn’t supposed to be subjective. I’ll probably end up using it in a subjective manner though.

I just quoted my own unpublished response. Sigh.

Why are you saying the RS is defined as an objective view? I haven’t seen that anywhere. To me, it’s the most subjective of the four throughlines, and I think it was originally called the “SS” (Subjective Story).

I agree with Greg here. Once you have a handle on what the relationship is, it’s actually pretty simple – anything in the story that affects that relationship is part of the RS.

But once again, other than forcing it to be in a particular class, not sure entirely what the point is. Plenty of relationships in a story.

My point is – if it is subjective, then it has nothing to do with the RST (

Warning, this explanation of Subjective and the RS is likely to be clumsier than what I’ve said above! But here’s how I understand it. The whole storyform is itself an objective look at conflict in the story. So when a storyform places the RS in Psychology, it’s saying that the relationship objectively is dealing with issues of Psychology.

didn’t really understand what you mean by processes and growth

Sorry, ignore processes and growth and replace with dynamics. I can explain that further later today, maybe, if you would like.

Everything affects the relationship

Does this explanation form the A Beautiful Mind thread make sense on how a relationship in the RS is different from one in the OS?

The love story with the wife shows us how they met, their first date, and then that they are married. I’m not great with RS stuff by any means, but the reason I say this is OS and not RS is this. All the conflict they have seems to me to come from Johns way of thinking. That’s also the conflict others have, which suggests that this is OS material.

Also, Johns way of thinking doesn’t seem to do much to push them apart or pull them together. Alicia mentions that she’s thinking about leaving him, but in the same speech admits that she still loves him. I believed she says something like ‘he’s the same man I fell in love with’ suggesting no growth has occurred, only conflict. I think that also suggests this is OS material. Similar explanation for when she takes the baby and almost leaves. He comes out and says he knows they aren’t real and she stays. So even though there was conflict over him falling back into delusions, the relationship itself doesn’t seem to grow, positively or negatively, because of it.

However, the relationship between John and Charles/Parcher does seem to grow in various directions over Learning. When Charles tells him to keep bashing his head against the wall and tosses his desk, they grow together a little. When John thinks Charles is with the Russians, they grow apart. The relationship is strained when John tells Parcher that he doesn’t want to work for him anymore because Alicia is pregnant.

So I just wanted to address that to point out that just because something looks like a relationship, I don’t think that necessarily requires that to go into the RS throughline. Just another way to broaden how you can use Dramatica to tell a great story the way you want to.

Well if it is subjective and objective and there is a duality, then I understand it perfectly.

But, blurbs like this throw me off of my initial instincts:

But, I love the idea of a complex duality that exists within the RS. That’s what my instincts tell me, but what I see written kind of squashes my instincts.

I think that relationships shouldn’t be limited to a particular class. That might be restrictive or boring. I can accept that they heavily favor a class or are defined largely by it.

In the end, I guess I can accept that the RS serves purely as a mechanism to force you into a particular class.

I find the “I, You, They, We” language to be a little more useful

But, blurbs like this throw me off of my initial instincts:

Here’s how I understand that passage:

The RS is experienced as the passionate heart of the story. But if you try to figure that out by asking Romeo and Juliette how they feel about their relationship, you might get the wrong answer (from an “objective” Dramatica perspective). Romeo and Juliette may or may not have any idea that the real source of their relationship trouble comes from the roles they are forced to play in their families. But if the author does his job, the audience will get it.

I think that relationships shouldn’t be limited to a particular class.

I think this get back to the idea that these aren’t really people but parts of the storymind. You could encode different relationships (different “players”) in the RS, but I have a feeling that’s where it could get repetitive or confusing because they would all be saying/exploring the same thing.

I think that relationships shouldn’t be limited to a particular class. That might be restrictive or boring.

But you could say that about Main Character or Overall Story too!

Just remember it’s not that the relationship is “limited” to a particular class, it’s that the source of conflict at its root comes from that class.

It’s only restrictive in the sense that it aligns with the way our minds think about narrative – it restricts you from straying into territory that feels “off” or “like it belongs in a different story”.

Yes. You might get the wrong answer. And the author might deceive the audience in regard to the nature of the relationship as well (twist!).

I’m fine with the duality thing. I can see how it works if it is allowed.

You can have relationships all throughout the story however you want them. The Relationship story isn’t there just to have another class. It’s to give a complete view of the central problem by giving the relationship view of the problem. Your OS can have a married couple, but that couple will see conflict that everyone else sees. If the marriage gets rocky, that’s a form of conflict for the OS problem. The RS describes a relationship view of the problem. If a marriage in the RS is rocky, that’s the dynamic between them that will grow or change based on conflict the RS deals with.

I think this get back to the idea that these aren’t really people but parts of the storymind. You could encode different relationships (different “players”) in the RS, but I have a feeling that’s where it could get repetitive or confusing because they would all be saying/exploring the same thing.

But… how would it be any more repetitive than the multiple iterations in the OS?

I should qualify what I said – I’m doing an IC handoff in my novel and with that an RS handoff of sorts – we’ll see how it works in the end.

And I think the RS can be more expansive than it’s sometimes portrayed. “We” could include a whole family (the Parrs in the Incredibles) for example. 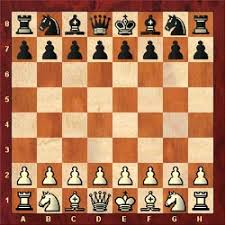 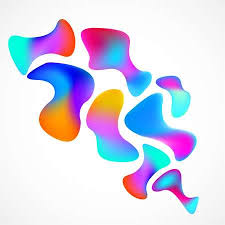 Some genre writers consider the bulk of what gets published in their genre a RS.

But once again, other than forcing it to be in a particular class, not sure entirely what the point is. Plenty of relationships in a story.

Many people (esp. men) don’t get the point of the RS throughline, or don’t understand what it is, at first.

When I took the Narrative First mentorship program with @jhull, he assigned throughline encoding exercises (aka playgrounds) based on my treatment’s storyform. Most people “get” the OS so he doesn’t usually do exercises for that, but for the others:

Getting a better grasp of the RS was one of my biggest takeaways from that mentorship. And, though it’s still sometimes tricky, I’m able to use what I learned in my own writing. This is important, because I care a LOT about the RS in stories.

Case in point: I just finished an epic / stupidly long (over 1000 pages) novel first draft, which has a Main Story and at least two Sub-stories, each with their own storyform. I can say that without a doubt, in all three of those stories, the RS throughlines are super important.

Also, for the Main Story, for which I know the narrative argument very well, I found that the RS was a kind of “echo” or continuation of that argument (basically, showing how the argument applies to a different context). I didn’t try to make that happen, it just ended up doing that on its own. I didn’t even realize it until near the end when the MC was quoting something another character had said, which had originally been an argument in the OS, and now he was using to explain something about the relationship.

I wonder what would happen if you inserted a romance story into the RS story throughline that supplanted the IC. The IC would still be there, and would still fulfill its function or role in all other aspects, but you have decided to put another character in the IC slot in the RS.

No. The RS doesn’t have to be with IC. Structurally, you just need the perspective, not the player.

Definitely does not have to be the IC. I had wondered about this myself, then heard on a Narrative First podcast a while back how, during the DUG analysis of The Jungle Book, Chris Huntley commented how the RS role(s) could be taken up by different player(s).

As you suggest, I think it would be more common to have IC player be changed out for the Relationship, rather than the MC, though certainly the MC could as well.

Remember that the RS is really about a relationship. It’s not about the individuals. The RS could be about a family or a team relationship, and how things are going between the whole family/team.