Inspired by Jim Hull’s visualizations of the throughlines he has included in many of his analyzes, I decided to create some myself, hoping that it can help others in learning Dramatica. Here’s one I created representing the throughlines of 12 Angry Men: 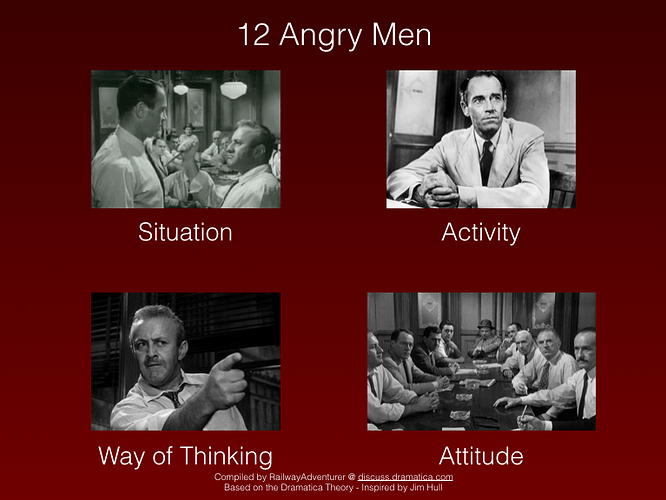 Those based on official analyzes include:
The Sound of Music (Both Stories)
Star Wars: The Force Awakens
12 Angry Men
Harry Potter (Series Storyform)
The Lego Movie (Main Story)
The Lego Batman Movie
The Princess Bride (Both the Inner and Outer Stories)
Pixar’s Inside Out

I’ve compiled these into a pdf file that can be downloaded here: https://www.dropbox.com/s/z9yf3gbbkh7mfvu/Throughline%20Visualizations.pdf?dl=0.
(If you don’t have a dropbox account, ignore the prompt to sign up. Then you can view and download the file without hassle.)

I hope these will be of help!

These are cool! Not sure about Wall-E’s storyform but that’s okay.

OMG, look at the character, now infamous on these forums, hiding behind the Princess Bride’s Outer Story MC: 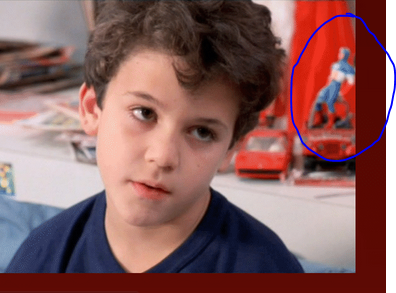 I think he’s mad about not being declared the MC in Civil War so he snuck into the MC box here! Beware @jhull!

Incidentally, I finally watched Spider-Man: Homecoming and it’s so obvious that Tony Stark is ONCE AGAIN the Main Character…can’t wait to write five articles on it.

@RailwayAdventurer flattered and appreciative that you would put my name and site on it. They look great, though I agree that WALL-E looks way off.

Thank you! I wasn’t terribly sure about WALL-E myself, which I felt would be expected based on the fact that it’s unofficial. I plan on adding more throughline visualizations in the future and making corrections to the unofficial ones as more information becomes available.

… thinking that these things might be an interesting substitute/addition for gists. How about it? (slightly NSFW)

@jhull, maybe a suggestion from an expert on where the Wall-E throughlines would fit better is in order?

That would mean I would have to watch it again.

Incidentally, I finally watched Spider-Man: Homecoming and it’s so obvious that Tony Stark is ONCE AGAIN the Main Character…can’t wait to write five articles on it.

I’ve updated the file in the original post to include Pixar’s Inside Out and I’ve removed the WALL-E analysis for the time being. I’m open to any further suggestions. Thanks again so much for the feedback!