Focus and Direction in MC throughline

I have a problem with additional story points in the MC throughline.

Now, I understand that focus and direction are (symptom / treatment) elements in the OS. What catches the attention of the characters and what they set out to do for it.

How do these two story points apply in the MC throughline, though?

The theory says, “the decision as to whether or not to change is intimately tied to whether the Main Character is driven by the Focus toward a Direction of effort, or whether he seeks the cure.”.

What does “driven by the Focus toward a Direction of effort” mean?

For some context, I am looking at a main character, whose throughline is psychology, and concern is to become change his nature. His issue is Rationalization, masking his immaturity and impulsiveness with short term gains. The dramatica software shows that the element quad in his issue is Consider / Support / Oppose / Reconsider.

Now, I think that his problem is “Reconsider” - finding reasons not to change. His solution would be of course, “Consider”. The two remaining elements - Support / Oppose - confuse me.

Q1 : How do I select these two elements as Focus and Direction?

Does “Oppose” as a Focus means that he is facing Opposition from other characters due to his immaturity? Or does it mean that he is opposing other characters? What does “support” element mean? Does he get support in his actions from enablers, or does he support the efforts from others to change him?

Q3: One more related question is, do the Focus / Direction elements have to be dynamic pairs? I ask this because, in a quad the problem and solution already form a dynamic pair, and the two remaining elements are also dynamic pairs.

If in case the Focus and Direction do not have to be dynamic pairs, is it possible that the MC changes by a Focus on “Oppose” to A Direction of “Consider”?

Also, another related confusion I have is about the elements of the quad themselves.

Q4: Do these elements describe the problem experienced in the throughline by the MC, or are they functions performed by a character?

I understand this is fairly long question, but just like Dramatica story points, I suspect my focus on the confusion and direction of asking is a problem that I have which can be solved by a simple solution. Or put differently, I guess I am focusing on the confusion and asking specific questions, but perhaps the core problem is something simpler.

The biggest difference between Problem and Solution and Focus and Direction:

Other than that, they work exactly the same.

They must be Dynamic Pairs because once you identify a Problem - you automatically choose a Solution (which is intuitively always the Element diagonally across).

The Focus is just the “Problem” the MC is aware of - it’s what he thinks the problem is.

The answer to Q1 is YES - all of those things - however you can illustrate the MC thinking that people oppose him, or that he can’t oppose others would work. And then BECAUSE of that “problem”, he moves towards Support in an effort to resolve that Opposition - either by searching out better friends or trying to make friends with everyone so that he doesn’t hurt anyone’s feelings (people-pleaser type)

Last question - most important when it comes to Dramatica - its NEVER about the characters - its about what YOU as an Author are trying to say with your story. The characters are just placeholders…

This should clear it all up for you: 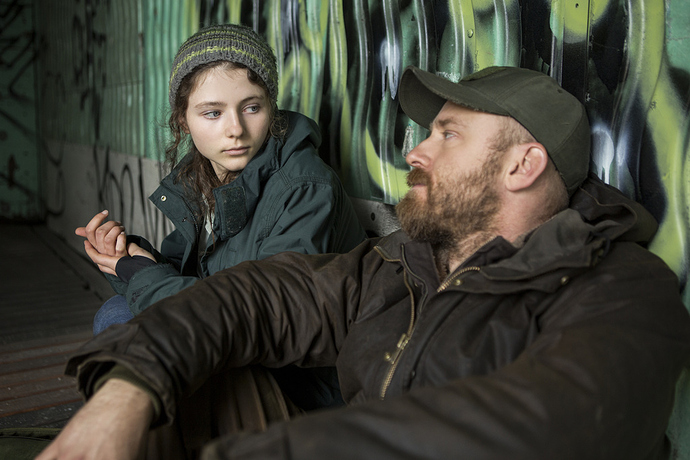 The Three Essential Components of Every Storypoint

Making a meaningful connection between Author and Audience

How do I select these two elements as Focus and Direction?

Choosing which is Focus and which is Direction is almost always something I let the software do. i.e. let it be driven by the choice of OS & MC Domains (or another choice that locks those in).

Oh, and welcome to the Dramatica forums @thewinster ! Great questions.

Thanks @jhull!
I think I will need some time to understand the article you have attached.

I get your point about the primacy of author’s intent, but I am still unclear about the “element” as seen in throughlines and characters. If a throughline problem is an element, “Reconsider” in this case, where does the element reside?

To further clarify, how would things play out if “Reconsider” were the problem element in

If “Reconsider” were a problem in OS, I am assuming that people kept going through incoming evidence and still stuck to what their initial position was. In IC, it would Reconsider would diminish his impact.

But what about MC? Is it the problem in his throughline? Or is it his character function set? Or are they both linked tightly? I am slightly confused here, but working to clear things up.

Interestingly, I was trying out Dramatica software around the same time you mentioned the software. Nice coincidence.

There was a difference in my experience of using the software this time versus all the previous times. This time I was sure that the character problem was immaturity, and so could pick up the throughlines quickly. I was just surprised how quickly the story form emerged.

But what about MC? Is it the problem in his throughline? Or is it his character function set?

That said, it might be more useful to illustrate each throughline separately, and then see where the storytelling connects them. If you have Reconsider as the Problem in both the MC and OS throughlines, you can think of illustrations of Reconsider that cause problems from the perspective of all the characters, as well as a more personal “take” for the MC.

Dramatica has a really steep learning curve at the beginning. I’d recommend you watch some movies with known storyforms, and try to see and understand how the main story points work in those stories. To start, focus on the OS & MC Domain, Concern, Issue and Problem/Solution. Also the OS Goal.

Off the top of my head, some films where the story points are really clear (even sometimes obvious) are: Pitch Perfect, Star Trek (2009), Notting Hill, Collateral, The Matrix.

(I tried to give some different choices of genres there! Note, Notting Hill has some of the same elements you’re working with – Problem is Consider and Solution is Reconsider. If you pay attention at the end you might start to believe that it was written with Dramatica, actually…

When you watch, try to separate the MC from OS just at a general level, that makes it easier to see how to keep the throughline story points separate (even though they may get woven together tightly in the final story).

I get your point about the primacy of author’s intent, but I am still unclear about the “element” as seen in throughlines and characters. If a throughline problem is an element, “Reconsider” in this case, where does the element reside?

It’s the reason why there is conflict in that Throughline.

How you depict it is entirely up to you.

Thanks for the suggestions! I’ll watch Notting hill