If I understand correctly then the Problem-element (or Source of Drive) of a Throughline is the source that moves the PSR’s forward.

If I understand correctly then the Problem-element (or Source of Drive) of a Throughline is the source that moves the PSR’s forward.

I don’t think this is true.

The PSR is the subjective experience of the character in the movie, so I would think that the PSR is a reflection of all of these things (Driver, Mental Sex, etc.). But if you consider that those things set the path of the PSR, then what moves it forward? The continued inequity of the throughline is a good place to start, which is the problem element, but it’s also the Issue and Concern, considering that movies can be honed in on different levels.

Question 1: Is this problem-element ONLY applicable for its own Throughline?

This may be a question of how we work, rather than what is technically true, but my outlines use other parts of the throughline to bump people along, so you have to ask yourself if you’re looking for a technical answer or an answer that helps you write.

The Inhibitor can delay someone’s travel forward, too. And the solution-element can show up early (as a demotivator). If someone is demotivated, but the story continues around them (in the OS or IC, say), do they not move in the PSR? No idea.

Then I probably misunderstand.
I hear Jim telling in the youtube serie “writing with subtext” at about 32:00 what the problem should do in Diane’s story. The problem is avoidance and as I understood it, it should be the MAIN driving force (And this might be my mistake) in the encoding of the PSR and the SPs. 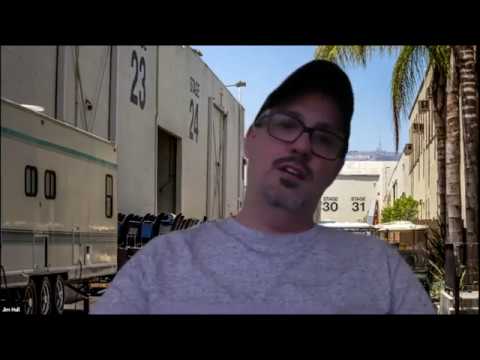 I’m probably mixing things up. If I look at The Fugitive (https://dramatica.com/analysis/the-fugitive) analysis:
Fugitive OS problem: help: Every time somebody tries to help it causes problems.

Or in Boyz N The Hood (https://dramatica.com/analysis/boyz-n-the-hood)

OS problem: Temptation: Everyone is tempted by sex, drugs, easy money, and the power generated from violence and vengeance.

I’m just trying to grasp the concepts here… and perhaps these problems are not related to the PSR?

I think you are largely getting it. The problem element is the itch that drives things forward. It’s just not the only thing happening in a story, and sometimes a story will feel less like it’s focused on the problem element and more on the Issue or the Symptom.

All of the examples from your post are from the stories, but the PSR is how the story is experienced by the characters in the story. I wouldn’t be able to tell you how temptation influences how Tre experiences the pull towards sex.

I should have gone back a step and asked, “What do you mean by moving the PSR forward and fueling a PSR”?

I thought that this was the driving force of moving from one PSR to the next one in a Signpost and that problem was the reason/fuel that would be used in the next PSR.
But if I now here you say it’s more an itch, and that the Inhibitor and Catalyst are also driving forces I suppose it’s not.

I think the first step here is for you to step back and dis-integrate several things. [Later, you can go back and weave them together, but it’s helpful to see the bits and bobs of Dramatica as individual pieces first.]

It’s also good to note that nobody is aware of the inequity. It’s not something front of mind.

The inhibitor and catalyst are this: A story is in constant development, moving from one point (the beginning) to another point (the end). But the speed at which this development happens is not constant. Sometimes it slower, sometimes it’s faster. The inhibitor is what slows it down; the catalyst is what speeds it up.

Yes and no. This wouldn’t be true for the OS, where it is more like a flavor that has permeated everything. In Star Wars, Luke’s problem is Test—but we wouldn’t say that was his characteristic. We’d say he was insecure, arrogant, desperate to prove himself.

Not quite. The Problem is not something important to them or the lens through which they see the world. It’s what causes them problems, or motivates them. Remember, they don’t see it—it’s deep inside them.

A business guy obessed with money will see everywhere opportunties

“obsessed with money” would be a gist for some problem element, but it’s dangerously close to confusing an element with a topic. Dramatica is about themes, not topics.

So, let’s say that this character has pursuit as a problem element. Then this character might be overextending himself because he goes after too many opportunities, with the purpose of making money. That works. But you might also see him pursuing too many women, or drinking too much.

But, on the other hand, maybe this expresses someone with possibility as a problem element. Everything is a business possibility. This character might also be overextending themselves, but it would feel different. And they might be seen doing things like going to a bar over and over and over, because it’s possible they would see that one woman again, whom they saw last month and want to see again.
…

Once you get comfortable with this, you will see that the dramatica story points weave together in new and different ways to form what you see today as the forces driving a story forward and characteristics. But treat them now like alien life forms who come together in strange and unique ways.

Also note that the PSR stands for Plot Sequence Report. @Jeri I think when you are saying PSRs you mean “beats within the PSR” – the Variations like Denial or Hope. It’s important to realize that the theory doesn’t really say much about how these beats move from one to the next or what conflict drives each one. For example, a lot of the OS Problem might be apparent in your Denial beat, and then the Hope beat might be way more focused on the OS Symptom or Issue. (Or maybe those things are only visible if you kind of zoom out and see the forest instead of the trees, and the Hope beat on its own is really just about Hope.) All of that is totally up to you as the Author, you just do whatever feels right for the story.

The best thing here is not to worry about it too much – I find you can let all the story points sort of simmer, thinking about them as you think about your story. Eventually this gives you a feel for the different throughlines, then you can usually trust that intuition going forward.

mlucas said: Also note that the PSR stands for Plot Sequence Report. @Jeri I think when you are saying PSRs you mean “beats within the PSR” – the Variations like Denial or Hope. It’s important to realize that the theory doesn’t really say much about how these beats move from one to the next or what conflict drives each one.

Yes, I mean that: “the beats within the PSR”
But based on your reply: do i understand correctly it list the expected Sequence Variations, but it doesn’t dictated the order?

So if my PSR report: Innermost Desires is examined as Hope, Denial, Dream and Closure then these variants are expected. But your free to do it in any order.

But your free to do it in any order.

Yes – if you have a strong feeling that a different order would work better for your story, definitely go with that. You may also find that as you’re writing you see it one way (e.g. you write Hope Closure Denial Dream) but then when you to revise your draft the scene(s) that you thought were Closure actually fit Denial better, that kind of thing.

I think technically, the PSR order is more accurate to your story’s overall premise/storyform, but that’s more at a theoretical level so do whatever works best for you.

What’s the origin of “feel free to do it in any order”? I know that’s sort of accepted knowledge these days, but have never understood why.

Get ready for a blast from the past!

I’m not sure if that fully represents his current thinking (and probably not @jhull’s either, who I think would say that sticking to the given order usually works best). But I think most would agree, including Jim, that during first draft you have to go with what feels right.

The report is inaccurate, so the order has no meaning. Plus, if it’s Holistic/Female Mental Sex you’ll get a better result if you work your way around the quad instead of the default Z-pattern.

I explain the whole thing here: Writing a Story with Holistic Story Structure

Get ready for a blast from the past!

The report is inaccurate, so the order has no meaning

I wasn’t sure where you were going to apply

when I read your article. I assumed it was the signposts.

But I’m also seeing that the PSR doesn’t actually say “in this order”… that’s something we’ve all been imposing on it. Had no idea!

Oh I should clarify that. It works in any quad. If you look at any of those linked Storyforms you’ll see most are going around in a circle instead of default Z pattern

Not sure if I should go this way… but:
Does Dramatica with 1234 or z-pattern or circle-pattern prescibe an order to follow?
On element level?
Or on variation/issue level?

Where? And, no, it depends on other factors.

And that specific emoji is a Z-pattern.