Reverso Question: what influences the IC to change?

IC characters are famous for changing off-screen. This makes sense… we’re focused on the MC and don’t need the journey of the IC unless it’s wrapped up in an empowered ice queen belting out her newfound liberation. (Why do she and Dr. Manhattan take their icy-blue power and use it as an excuse to isolate themselves in crystalline castles? Don’t want to give anything away, but I’m working on Watchmen 2 and you will find out! Here’s a sneak preview of Olaf in his Rorschach mask: ) 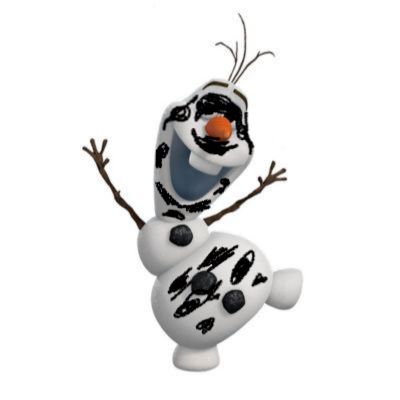 Anyway. Suppose you did want to put in a moment of the IC getting a glint of why the MC’s perspective works. What story point would you lean on?

One option is the Crucial Element. One is the MC Direction/Response and the subsequent dip in conflict (which is the IC Crucial Element, incidentally). I mean, there are lots of options. But has anyone tackled this question?

First off, congrats on Watchmen 2!

Secondly, nothing influences the Influence Character to change.

Idk, @jhull , that doesn’t sound right to me. Of course that may just be because I am intimidated by the idea of two storyforms at work. But barring that Isn’t that the whole dichotomy for a steadfast character? I ain’t gonna change so you have to.

I actually have a really hard time separating out all the ways the MC usually influences everybody else. Take Dorothy from The Wizard of Oz. Without her encouragement (and her journey) Scarecrow would still be hanging in the field, Tin Man would be a rusted statue and Lion would still be cowering in the forest. Her presence and her needs are influencing those around her to change and become “more” hence the reason the Wizard leaves them all in charge–they’ve changed enough to be worthy of ruling Oz.

This is why it’s important to be absolutely clear about forces of influence within a narrative: Dorothy does not influence the perspective around her to change, she is influenced to Change her perspective by an outside force.

The story you tell is not The Wizard of Oz, it’s the Wizard of Oz as told from the perspective of the Scarecrow, the Tin Man, and the Lion as if they were Main Characters, growing and maturing because of an influential inequitable perspective brought on by this girl from Kansas.

9 times out of 10 you just want the one storyform, and it’s a matter of wrapping your head around the idea that the Influence Character is not a real person (from the point-of-view of Dramatica), it’s a perspective.

And furthermore I am YOU and YOU are me and THEY are WE and all are one in the Storymind, kookookachoo.

Take Dorothy from The Wizard of Oz. Without her encouragement (and her journey) Scarecrow would still be hanging in the field, Tin Man would be a rusted statue and Lion would still be cowering in the forest. Her presence and her needs are influencing those around her to change and become “more” hence the reason the Wizard leaves them all in charge–they’ve changed enough to be worthy of ruling Oz

Actually, the Scarecrow, Tin man, Lion, and ultimately the Wizard all influence Dorothy. If you remember, each of them already have the things they wish for, which is the lesson Dorothy learns over the course of the story – so they influence her change, not vice versa. She aids them and they her in the quest for the goal receive help from the Wizard of Oz so that she can get back home.

So, in a steadfast story, the IC doesn’t change to the MC perspective? Or does it not matter what happens to the IC as long as it influences the MC to Change or remain Steadfast (depending on the story)?

If you look at everything as a perspective, then I and YOU (as well as WE and THEY) are all part of a single mind, so you can think of the whole story as being the inner workings of a single human mind. So the journey of a story is basically one person working through a problem one way (I) while considering whether it might be better to work through it another way (YOU).

Taken this way, YOU is just I as I consider other paths. So if I change, it’s because I considered another path and, more or less, found it compelling enough to do so. In the analogy that is the story, this looks like the IC influencing the MC until the MC changes.

But if I don’t change, it’s because I didn’t find the other path compelling enough and decided to keep solving the problem in the way I already am. At this point I am no longer considering other options. But the YOU perspective doesn’t cease to exist. Instead, it’s like it stops considering other options and considers the option I’ve already chosen. In the story, this looks like the MC remaining steadfast while the IC changes to the MCs perspective.

As someone trying to both write a story and incorporate story theory, it’s frustrating that, in story, there’s a clear influence for the MC to change but not one for the IC. But then there’s already so much about the IC as a character that remains hidden from us because of it being the YOU perspective that it doesn’t seem out of line.

My read of this thread and the work I did last night is that the IC tends towards a complete, sudden about-face, which you may or not witness. And if you want to express a gradual shift, it might be best to do that with a “group IC”, like the USS Callister episode of Black Mirror, where the women change one at a time as the climax approaches.

I like to think the way you see this in story is through the building up of MC justifications to the point that the IC says ‘welp, can’t argue with that’ and changes or through the tearing down of IC justifications to point that the IC can no longer make the case. This would provide an in-story explanation for why an IC changes, but counts on the audience accepting that the case is made at the same time the IC does or it still looks like a potentially abrupt change on the ICs part.But if IC justifications are torn down slowly, I think the IC could be seen to change gradually. No examples of it happening to give though. Just a theory.

Yes, absolutely they influence her as well, but I really see this as a two way street. As opposed to say like Star Wars (A New Hope) Where it is Obiwan who is definitely influencing Luke, he could have gone to Alderan without Luke, and not the other way around

This was essentially my question, but I think @jhull is saying it doesn’t work that way. And, tbh, that’s now how the scene developed as I wrote it, either.

It’s only a two-way street if you’re only seeing one or two Throughline perspectives at once. When you focus on You or I, you’re really just locked in bias which means everything will mean everything or, in this case, everything means nothing.

Another way to think about is that You and I means nothing without the simultaneous context of We and They. There is no You without I in the same way there is no I without They.

You need all four otherwise what you’re looking at is meaningless—from a narrative story-based perspective.

I’ve been trying to stay away from all forums during an intensely focused step of my novel revision, but I happened to see this topic while taking a break from day job today, and now can’t resist…

Fascinating stuff so far everyone!

I was actually thinking that, at least in the case of a Change IC, it’s actually the Influence Character perspective that influences the IC to change… Kind of like the whole story reflects their influence back at them in a reversed-polarity sort of way. (Another way to look at it, the energy of their influence builds up during the story, so by the end if it hasn’t been used in Changing the MC, it has to go somewhere…)

The MC and IC perspectives are both part of the same person. The MCP(erspective) represents a personal subjective take on how the person approaches a problem. The ICP represents that same persons consideration of a different approach and exists solely (or maybe mainly) to influence that persons personal subjective approach. It can influence that person to take a new approach or to avoid a new approach. But it is always there to influence.

So the ICP doesn’t need to be influenced. Why would you even try to influence the part of you that tries to influence you? All that could do is muddy the argument the person is trying to make to themselves. Since the ICP exists to influence and the MCP exists as a personal view and not an influence, the ICP can’t be influenced. But even saying it could just for arguments sake, the MCP wouldn’t see the ICP being influence. It would only see the change in the ICP and be influenced by that change. Because that’s all the MCP can do is provide a personal subjective view of what’s going on.

The reason I think you can use the tearing down of IC justifications to have the appearance of a gradual IC player change is because once a person is no longer considering another path, the perspective doesn’t go away, but has nothing to do but align with the MCP. Because once the person stops considering another path, which is what the ICP is, it’s no longer a view of “I am doing this and you are doing that” but more like “I am doing this and you are too”. So the more justifications for considering another approach are torn down, the more the IC should necessarily align with the MC. This still isn’t the IC being influenced to change. It’s just the IC gradually coming into alignment with the MC. Like they’re controlled with a dial rather than a switch.

it might be best to do that with a “group IC”, like the USS Callister episode of Black Mirror, where the women change one at a time as the climax approaches.

Wow, were those changes the OS Benchmark?

I’m curious because I actually have a story that will probably have a similar dynamic and I never considered how that sort of change (beyond the individual conflicts themselves) my reflect an inherent dynamic within the story form.

I think they all changed very close to the end. So, no. (I don’t recall how they act in response to the IC Benchmark.)

If you watch the episode, they’ve all been beaten into submission, and one by one they take action to bring about the denouement.