In a class I’m taking, the teacher mentioned the anime two-act structure. “It’s still the hero’s journey, but it breaks in the middle with a positive first half and an upside-down/reconstructed retelling of the same story second half.”

Of course, I’m thinking it might not be hero’s journey. Does anyone have any thoughts about this? 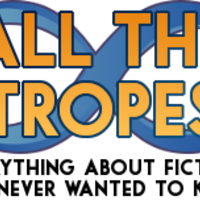 The story is neatly divided into two parts. The first part will be lighthearted and straightforward compared to the second, which will wrap things up in a realistic mixed-bag sort of way. This structure is most common in musicals. It comes in two...

The examples seem to be all over the place.

Basically it’s saying, in some stories things are light in tone and then they get heavy in tone. Which is undoubtedly true, but I don’t see it being helpful to a writer.

They’re usually identifying stories where the Plot Progression between two or more Throughlines consists of one diagonal move followed by another diagonal move through a quad–what the Theory Book refers to as a “Slide-Bump-Slide” progression.

This is a result of the justification process for a story and varies between Tragedies and Triumphs, etc. In other words, there is no strict commonality.

Since storytelling is detached from storyform, the light-hearted first half is something they are recognizing as a commonality through pattern-recognition, yet not really a part of the actual meaning of the story. Same with the second half.

This is what I was suspecting. The Midpoint has an unexpected and irregular transition to the next act, bending back to act one instead of forward to act three. The structure of Grave of the Fireflies is a Tragedy, Top-right (Progress/Doing/Being/Preconscious). So that might be why it feels strange. But what determines that something is Slide-Bump-Slide?

I tested on Dramatica Pro to create a slide-bump-slide. If the OS is in Universe, I can force it and it turns the ending automatically to failure, bad. But that doesn’t match the structure of Grave of the fireflies (maybe not what they describe by Two-act structure --i have not watched the movie)

Slide-bump-slide, or plot progression, is determined by a combination of factors: the inequity as it appears in the various Throughlines and the eight Dynamics (all of them). Each exhibits a force on the model that then twists and turns the elements of a quad into position.

For Grave of the Fireflies both the Main Character and Influence Character Throughlines exhibit a “Slide-Bump-Slide” pattern (hairpin). This could account for what others are seeing and calling the “Asian Two-Act Structure”.

I’m curious why your teacher calls this the Asian 2-Act Structure! The link shows more than just anime/manga examples. Could you expand on this? I ask as a fan of anime/manga and particularly Japanese storytelling, though I’ve also been branching out to Korean and Chinese stories as well.

Honestly, I feel that the “lighthearted” beginning and “darker/upside down” ending isn’t really indicative of much. You can find that in many stories regardless of cultural origin, and you also find stories that don’t have that, again regardless of origin… this kind of feels like a case of confirmation bias, but again I don’t know what your teacher is basing this off of so I could be totally wrong. Speaking as an anthropology major, I do wish we could just throw the hero’s journey out the window

Sure, it may fit for Greek stories and Star Wars, but the rest of the attempts to shoehorn this structure onto every story in existence are pretty unhelpful.

I genuinely say this as someone who used to own a LOT of Joseph Campbell books… I can only speak for myself but I had this tendency to gobble up any and all theories of storytelling and structure and use ALL of them at once or as many as I could. Quickly I found that this is completely impossible and overwhelmingly restrictive. The only one I stick with is Dramatica as it’s the only one I find to be universal.

Have you heard of kishoutenketsu? This is the Asian story structure (specifically Chinese, Japanese, and Korean stories) that I am familiar with. And guess what? It’s 4 acts! Ki - introduction, Shou - development/process, Ten - twist/reversal (this may be where the concept of the 2 act reconstruction comes from), Ketsu - result/conclusion.

I’ve seen a couple discussions of this structure on here, one referring to it as “without conflict” but I wouldn’t call this structure without conflict. Tension is often felt using this structure, even before the reversal, as one knows throughout the “development” stage that the twist is coming! If you think about it, this follows fairly well with PRCO/PRCP scene structure (also can be used at act/signpost level and really, any level as Dramatica is fractal, as is kishoutenketsu - it was originally used for poetry). Potential, resistance, current/conflict (twist!), outcome/power. Remember these can be used in a different order - rearrange them like so and it looks like KSTK - Potential, current, resistance, outcome. (also resistance can mean a tendency towards inertia, which feels very KSTK-ish). Even more, the 4 stages temporally fit even better, with Jim’s new article about the atomic elements - Growth, Expansion, Transformation, Transcendence.

I’m rambling now, but really, if something can be seen in twos, it probably can be seen in fours. Rather than explicit conflict, what is really needed for a story is an inequity and often in stories this can just be felt as an imbalance/tension.

As the tvtropes page points out, this is very common in musicals and theatre.

Whether Asian storytellers have a certain preference for that kind of story (like Western storytellers are taught the three-act story with the second act being broken into two), I don’t know. Of the shorter Animes I’ve watched (with longer ones, it’s more difficult to see clear act breaks), I can only think of one where there was a clear-cut break between two halves, Stein’s Gate.

@MaddyV This is not meant to be rude, but may I suggest breaking up your posts into paragraphs? That one paragraph is brimming with different topics, which makes it harder to read than if you had broken it up.

So sorry Bob!! I was really going on stream of consciousness there

Hopefully, that makes it easier to read.

Also, gotta say Stein’s Gate was pretty good. I have great memories of that one!