The Quad, the RS, and Japanese Space

I found something rather interesting while I was researching season-based time systems for my novel, and it reminded me of something I had said in the Cars analysis thread.

I feel like I understand the Relationship Story fairly well because I once knew some non-English words to refer to relationships. In fact, from the experience I’ve had with the Japanese language, the respectful titles used when addressing someone actually carry meaning above and beyond the direct translated title alone. Inherent in the title is the relationship between the speaker and listener.

However, what I found just recently is quite interesting. The language seems to carry this idea of relationships further, even involving physical space as it relates to people. More astounding is the separation of the relationships into four kinds that seem to fit into a quad.

I don’t know how accurate the article is, as I’m still a Japanese language neophyte. However, it is an interesting look at space AND relationships, so I present it here with a summary and my take on each. I will also provide a link to the article at the end.

Wa - “Relationship” Space. [Psychology]
As a culture, we usually only recognize this in the phrase, “You could cut the tension with a knife,” or something similar. It isn’t necessarily negative, though. It seems to represent the relationship among or between people in general. It’s the gap for which English doesn’t really have words.

Ba - “Synergizing” Space [Physics]
I’m not sure there’s a word inherent in English to describe this space. The description in the article implies that this type of space is found in an open office, or when brainstorming ideas. What is required is a space where knowledge of different sources and subjects can connect.

Tokoro - “Physical” Space [Universe]
Unfortunately, the word “physical” doesn’t seem to convey the entire meaning here. Yes, the space is a physical location, but included with it is the whole of its surroundings: physical, social, historical, etc. The best example I can think of would be Broadway.

Ma - “Mental” Space [Mind]
The way this is described seems to be rather meditative and/or contemplative. I suspect introverts instinctively recognize this kind of space. At least, I know I do. It’s a place of calm and quiet, a separation from concerns in general. It’s the place one goes to get away from the stress of modern life and society.

The various domains above are my best attempt, and might not be arranged correctly. Either way, the location set felt complete, and very much like a quad to me, so I wanted to share it. I also noticed that every type of space includes inherent within the meaning its relationship with people. I thought it might help with the Relationship Story, which I suspect is very much about the Wa between the Main and Influence Characters.

As a final, note: If you do read the article, you’ll see that I chose different descriptions. This is intentional and reflects my effort to understand the content. 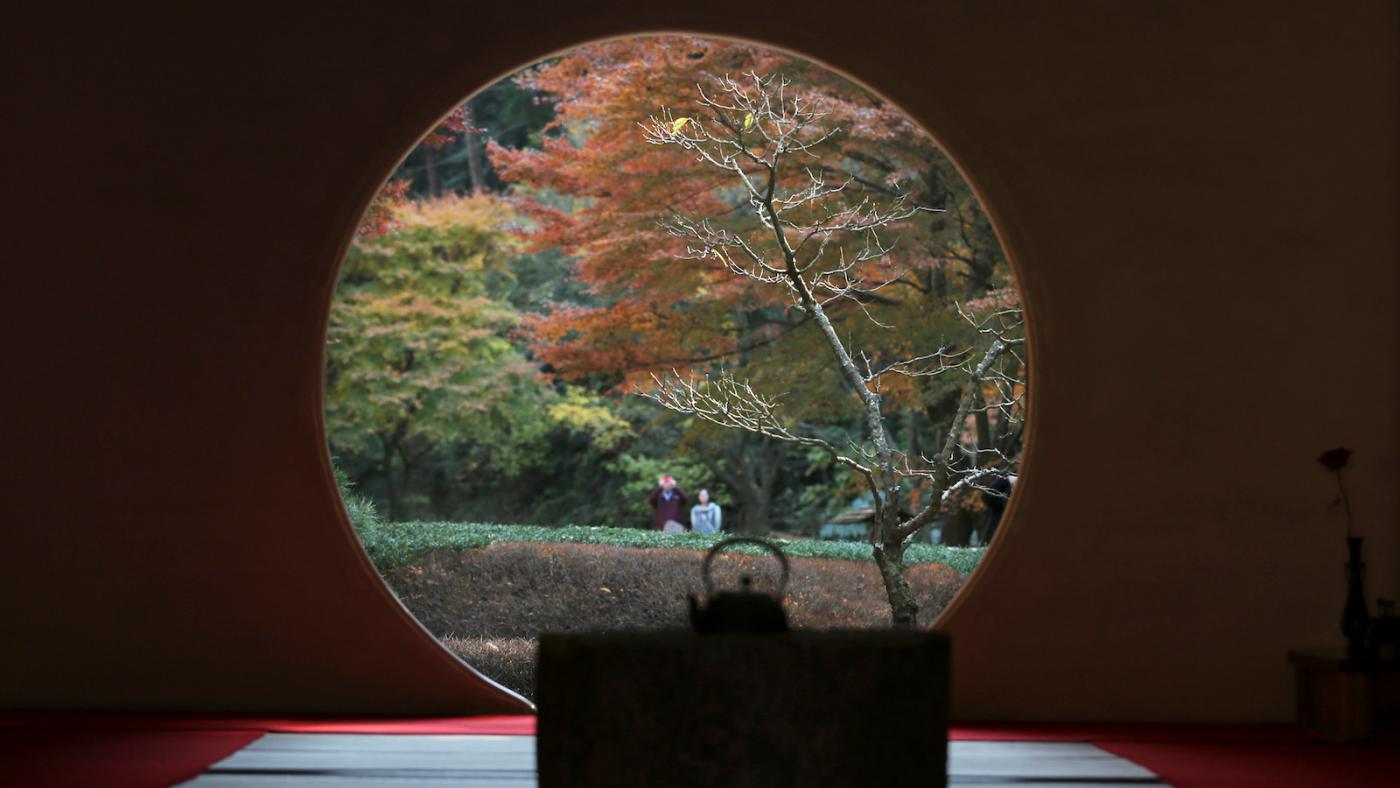 Do you view space as being empty or full?

This is really great, thank you for sharing.

Part of the roadmap going forward is to allow for different translations of Dramatica - this is almost something different, a deeper understanding of concepts themselves, like the Relationship Story Throughline.

One of the hardest things I encounter is moving beyond a “he-said/she-said” understanding of the Relationship–something the “Main vs. Impact Character Throughline” only makes more difficult.

Thanks again - this will definitely help!

That idea of deeper understanding is one of the major reasons I enjoy learning about new cultures and studying other languages. It’s been my personal experience that other languages and cultures often differ in which concepts are readily expressible therein. But, any language can express any concept. Some just take a book, whereas others have a single word.

If I may, I’d like to add the following: I feel like there is also a language and culture surrounding Dramatica in much the same way. To me, a lot of the material available feels like it presents the same concepts using basically the same explanations. Because of that feeling, one of the things I’ve been trying to do while learning the theory is think of different or more unconventional, yet still accurate, ways of considering the story points. Don’t get me wrong. The available materials are great, but I’d like to think that the more ways something can be presented, the more people will be able use it.

With that, perhaps, one day, Dramatica will claim the prime seat, as the Platonic 3-Act Structure and Hero’s Journey have once claimed, and still arguably do…

To me, a lot of the material available feels like it presents the same concepts using basically the same explanations.

I completely agree with this - that’s why I always try to incorporate new films, new shows, new stories in all the articles and content I create. Is this what you’re referring to, or do you mean the actual conceptual explanation itself? (aside from examples)

I’ll admit that I was referring to the conceptual explanations in that. I’m not trying to downplay anything, as I find Dramatica extremely useful. And everything that exists is great! The forum here definitely helps, and I think it’s great that it exists. I’m just wondering if there might not be a way to produce such differing explanations for the concepts.

All in all, though, I suspect that the small number of explanations is really a by-product of there being only a few experts who create content to explain the theory. (Thank you for that, by the way! I’m immensely grateful.

) I just happen to be under the impression that if there were more experts presenting their explanations, it might help with some of the more difficult concepts. That’s all.

Yeah the conceptual explanations are difficult especially considering the complexity of the theory. My hope is that the more people I can reach and explain these concepts to, the more people will be able to add their own spin on it (like the Japanese RS post)

@Hunter I was thinking of doing a blog post on how to brush up on a particular Dramatica term (i.e. an item from the Table of Story Elements), with the goal being to really grasp that term better. Would this be of interest to you?

@jhull It’s good to see that I’m at least in the same thought-space in posting that.

The truth is, I’ve considered starting my own blog about Dramatica as a place to post my musings and understandings, linking back to all references used, of course. But, not being an expert, and not having actually finished my first novel, I feel like doing so would mark me as a sham.

I’m sure your musings would be valuable, I’d love to read them. I haven’t finished my first novel yet either! Just be honest and write from the heart and you’ll be as far as you can possibly get from a sham.

But, not being an expert, and not having actually finished my first novel, I feel like doing so would mark me as a sham.

If everyone felt like this, there would be no Internet.

I never want to arrive aka reach a level of expertise with dramatica that I stop growing. I want my understanding of the quad and dramatica to keep evolving with each passing day.

Here you go. It’s mostly just documenting my own process, but I hope it’s useful. 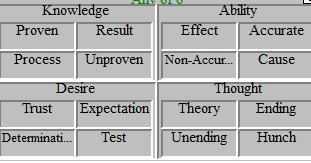 On a thread on the Discuss Dramatica forums , @Hunter mentioned: ...if there were more experts presenting their explanations, it mig...

Very true. Even Melanie Anne Philips keeps learning new things. The operations behind the quad suggest to fully have a balanced understanding of an issue, things have to be assessed in pairs. http://dramaticapedia.com/2013/04/11/narrative-dynamics-7-dynamics-quads/

Story points like the story limit, problem solving style, are in a dynamic relationship at the moment which had led her to trying to come up with a quad to explain the story limit. She’s working at moving through that quad till she creates a T (thought) based model.

Because dramatica is based on PRCO, one always feels like there’s new potential lurking around the corner.

Being a linear thinker, I find myself tempted to explore and experiment with the quad operations behind dramatica.

Of late I’ve found it difficult to step aside from the theory and just write instead of trying to wrap my mind around the workings of the entire model.