Failure/Bad but a Good story

So what kind of tricks are there to make a Failure/Bad story viable and “good”? Normal “novel writing” books aren’t very helpful, since what “sells” are feel-good stories.

But because of my theme, (my story is kind of Twilight-Zone-y) I have to keep this story failure/bad. Which element do I boost do I lift the resonance? 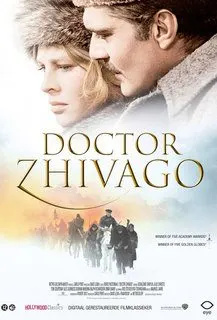 Dr. Zhivago (F/B) resonates because the Russian-Revolution circumstances are too bad for success. (Technically, I guess they don’t “learn”).

Platoon (F/B) resonates as well because the circumstances are out of their control and they can’t “progress.”

(Technically, I guess they don’t “learn”)

I remember seeing the film Dr. Zhivalgo in the movie theater at its original screening, and the end was extremely powerful with the fantastic modern flowing dam. Also, there was Lara and the funeral and our finding out about his family emigrating. I took it as everyone learned something, except Zhivago. Well, he did learn what happened to Lara, but it killed him (interesting).

You are asking for a good ending that is failure/bad? So, something that does not leave one feeling good, but where excellence forces acknowledgment of a life management fact?

Citizen Kane
I saw it at 8 and cried uncontrollably, but I learned only I could make my life happy with the “Rosebud”. It is filled with brilliant tricks, metaphors.

You are asking for a good ending that is failure/bad?

I’m looking for an ending that resonates, though the MC goes home tragically.

I guess. A story where the theme is resonant. I think the secret would be that the MC chooses WRONG for WRONG reasons, so in a sense the observer and story mind is like “x-nay on that method!”

It’s tragic that he chose to do something instead of the “other” that would have fixed everything. It’s a STOP and CHANGE. Would the tragedy be from not stopping or from changing? Is it technically (supposed to be) because he doesn’t stop that he doesn’t meet the Solution, or is it because he changes?

Somehow the premise uploader didn’t give me a premise (I beta-informed @jhull about this). So I’m trying to understand how to decode it otherwise…

In case you’re tracking, I tweaked the

(holistic) from “no-reach” to “both-reach,” while fine-tuning the elements.

The film, Petulia comes to mind as a successful wrong choice path and it leaves it to the audience to figure out the wrong reasons. It was light years ahead of the times in life observation. Some stopped watching movies for 20 years after seeing it.

Also, wouldn’t it work to storyform something with the tragic holistic as an IC, then write from that point of view? (if the software is not cooperating?)

Wouldn’t it be changing as tragic, since one cannot go back and redo anything?

tragic holistic as an IC

So from the IC Pov? How exactly does that work?

Mulling things over, here: romance series toyed with a heavy (maybe antagonist type) character in one book then becoming the MC in a future book. Perhaps, one could write a story with the mc and ic both flushed out (letting it flow stuff), then keep most the the mc stuff unstated. I read a brilliant masterpiece short story sometime around 1965/7 in a Playboy magazine. Afterwards to date, I have always checked out the ending of every story in any form, before reading/watching. (as an aside I watched The Sixth Sense without doing so, and that went so well I watched the next film Unbreakable which tossed me back into checking everything out, first, again)

A little I remember goes this way: A woman is at home or comes home and the reader finds out a smidgen about her mood/life. An old friend? comes over? he calls/ran into her somewhere? and they go on dinner date/meet up? and they come to her home. She talks about her dead husband, missing him/life struggle, and we find old friend had been dumped. He is sweet and beloved type, then says things that get her to run to the bathroom and close the door. Ominous sounds from there are described, while old ‘friend’ listens, smiles then walks out of the apt.

Maybe choosing some storyforming options that emphasize unknown/hidden could give you a storyform you like? AND 40’s to 70’s science fiction short stories had bold combinations with failure/bad stuff, since realistic real world was not necessary. Could you storyform from a genre, these days?

However, if you are asking me in general “…how exactly…” I would go around the software not letting me have my preferred choices and since I am only a hobbiest not a writing professional, this is what I would do. I would have my character be an IC and work out best I could what I wanted. Then I would do another storyforming attempt with that character the MC. Maybe, one way would let me have more of what I wanted. I would print it out and blank out everything but what I wanted. Next, I would write the story rough draft about the character bouncing from that, sharing my vision, enthusiasm and great fiction flow, as best I could. Then, I would hire a Dramatica consultant expert to help me figure out what was the complete storyform and what might be missing.

Also, another film similar to Petulia in a possible failure/bad mood, and one that used the hidden/reveal format of the short story I referenced, is the Burt Lancaster film The Swimmer. I would have fun hiring a Dramatica consultant to go over a group of such films and give me those storyforms to play around with, also.

A story where the theme is resonant. I think the secret would be that the MC chooses WRONG for WRONG reasons, so in a sense the observer and story mind is like “x-nay on that method!”

Can you explain a bit more by what you mean by resonates?
Off the cuff, I would say the ability for a story to resonate with the audience would be by building the narrative on a solid structure of truths. Dilemmas brought up by the story mind that lead into each other toward a conclusion. It shouldn’t matter whether it is a failure/good, success/bad, failure/bad, or success/good. It doesn’t matter whether the dynamics are “Start” and “Stop” or anything else.

It’s also important to remember that when using Subtext/Dramatica, and forming your structure… that the MC doesn’t really exist. You’re arguing some Premise to an audience, and ONE of the four throughlines is what we call the MC. But it’s really just the most subjective look at the overall inequity. The “eyes” you afford the audience.

Classic noir is filled with Failure/Bad stories. Double Indemnity is one of my favorites. And as far as what “sells” I don’t think anyone would say Failure/Bad stories like Brokeback Mountain, The Omen, or Hamlet were unpopular … !

Edited to add: what makes a story resonate with the audience is the set up and the ending. If you have all the pieces in place focused on a satisfying (even if tragic) ending, it will resonate with your audience.