Odd Movies That Tickle Your Brain Or Messed You Up

There are a few movies that I would describe as odd (unusual). I looked for them both on the website, but I saw that the first two were not analyzed as of yet:

Two Girls and a Guy

The best way I can describe this movie is my brain tickled after I saw it. I felt like there was something there that my mind didn’t quite grasp. That there was a deeper meaning that made it profound… but I only watched it once. Perhaps a second viewing would clear it up for me. I saw it in my early 20s.

This had such a drastic turning point, it felt unusual. It certainly plays with your emotions.

This one made my head hurt. I wasn’t prepared for it. I would compare it to Igor Stravinski’s Rites of Spring in terms of impact on me. They both gave me a headache.

What about you? Any odd movies that still tickle your brain or messed you up?

There was a horrifying movie called Jacob’s Ladder that I watched as a teenager and found very disturbing. It messed with one’s perception of reality in a freaky way. I have no idea if it was a complete story, and I’ll probably never find out, as I refuse to watch it again!

(My other two examples are from fairly mainstream movies, it was just one scene/sequence that really got to me…)

I’ve mentioned this before on these forums, and it’s probably because I’ve lost a child, but I don’t think I’ll ever get over the too-late-to-say-goodbye scene from Interstellar. Heart wrenching.

The “what could have been” shared-in-a-look dream sequence at the end of La La Land gets me pretty good too.

The Other, and probably because a) I saw it when I was very little back in the 70’s (it was released in 1972, I believe, directed by Robert Mulligan of To Kill a Mockingbird fame) and b) because I have a twin brother.

The move stayed with me for a very, very long time. So much so that, in the mid 90’s when I was in college, someone asked the professor pretty much the same question posed here and he replied he couldn’t remember the movie’s title, but described the events and I knew it was the same movie (I, myself, had forgotten its title.)

Less than a year later, as I perused Leonard Maltin’s Movie Guide - EVERY page - looking for movies to watch, I came across the title and knew immediately this was the one. I was fortunate to find it a year or two later in a movie rental place and then it was subsequently released on DVD a few years later.

I don’t want to mention anything about the plot, but if you got to amazon.com and read reviews, you’ll see the movie left quite a few people disturbed. It’s “quiet” horror, and if I’m not mistaken, was rated PG at the time of its release though it may be PG-13 now. Great acting and period piece as one might expect from Robert Mulligan, but man, the story is just creepy - based on the Thomas Tryon novel.

I remember Jacob’s Ladder. I was around 6 or 7 years old myself. It probably goes on the list. However, that may be a result of my being so young. The Exorcist still scares the bejeezus out of me, but kids today shrug it off like it is nothing.

I’ll have to investigate @JBarker. I generally consume a strict diet of no gore or horror. It has never been my thing. It’s fascinating some of the things I’ve read about the differences between scary movie lovers and scary movie haters. This article touches on it very lightly. 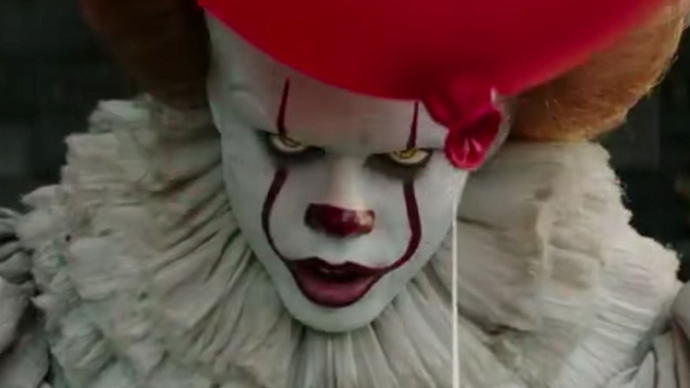 What Loving Horror Movies Says About Your Personality

It isn’t just a personal preference, there's science behind it.

As a movie-goer, I’m there to enjoy myself (generally). For example, while I appreciate the intent of 2001: A Space Odyssey and Clockwork Orange, I would never watch them twice. I couldn’t. I’d even put the Godfather series on that list.

But, I still feel it is a waste. For example, I just watched Destry Rides Again with Jimmy Stewart. It was the first time I had seen it despite thinking he is one of the top actors of this century. There are so many unscene stories to see.

For me it was The Usual Suspects. At the very end, I was speechless. I felt used ( in a good way).

Yeah. The Usual Suspects is on my list of twist movies that I didn’t see coming. I was also duped by The Sixth Sense. It has been a long, long time since I have been surprised by a movie.

Aha! Unbreakable drove me nuts. It was such a let down, after The Sixth Sense.

I’m not sure that everything wasn’t a let down after The Sixth Sense.

I thought Signs and Unbreakable were reasonably well done despite their flaws.

I even was able to survive The Village and I enjoyed it to a certain degree.

However, this is the same dude responsible for:

The Last Airbender
The Happening
Lady in the Water

Perhaps his greatest accomplishment was directing Mark Wahlberg to make one of the worst performances that I have ever seen in my life. I rewrote that last description of Wahlberg to avoid sounding crass. Let’s take an action hero, cast him as a math high school teacher and guide him to his absolute worst performance.

I disliked the ending and story windup so much, I will never watch ANYTHING without seeing the end first. What was funny is that I had read a shortstory in Playboy in the 60’s where someone was maneuvered into an emotional breakdown, then that person walked away smiling during the subsequent suicide. The Sixth Sense was the first thing I saw without checking out the end, first, since. That worked out great. Then the next thing I saw was Unbreakable. Unsaid activities to find the special someone left me disgusted, cold, outraged and back to checking out the end, first.

Hence, Unbreakable made the top of my Messed You Up list. (Remember, this is no reflection on the story quality, film, and participants.)

S needs to learn from other famous directors who mix it up, their genres and stories, after creating a masterpiece. He just stuck with the same thing. There is a lesson to learn for filming whatevers, whomevers and wantabes, for sure.

Yes. There is a film theory called Autuer. You’re probably familiar with it. If not, you can probably guess that it looks at the Director as the author of the movie.

I just feel like MNS (hate trying to spell his last name!) ended up feeling like a one-trick pony. Everything serves the twist. And sometimes the twist is underwhelming. It just seems like he never evolved.

Another director that falls into that category for me is Spike Lee. I’m not sure that he evolved. I’d be interested to see if his Do the Right Thing is recognized as a Grand Argument Story. Has any of his movies been analyzed?

But alas, once I feel more comfortable, my first solo analysis is going to be The Expanse. I’m not claiming it is the greatest SciFi offering ever to exist, but it has kept my attention for two season with a well rounded cast.

For me it was Deathtrap (1982, Michael Caine, Christopher Reeve, Dyan Cannon). This film doesn’t just have a twist ending – it has a brain-warping twist at every act turn. Well worth studying as an example of leading the audience to wrong conclusions about where the plot is going.

Somehow, that reminds me of The Stunt Man with Peter O’Toole. I only caught some ongoing snatches of the film, but the end line was a zinger. It’s amazing how a storyform keeps viewing pleasure solid, even if missing parts due to busy life, etc.

I refuse to watch it again!

You made me curious, but not enough to watch the movie. Instead, I read the synopsis. One reviewer wrote what you seem to be saying,

“the very act of watching the film is so emotionally draining that the viewer leaves the film feeling worked-in; the thought of repeat viewings is daunting yet insatiable.”

I found this looking into references to Interstellar. Is there a storyform for Interstellar?

“the very act of watching the film is so emotionally draining that the viewer leaves the film feeling worked-in; the thought of repeat viewings is daunting yet insatiable.”

I remember Jacob’s Ladder. It was heartwrenching and disturbing, but I think brilliant. It’s been a long time since I saw it but I bet it has a complete story – there’s definitely a strong IC perspective and a change. The “heartwrenching” aspect has to be the RS.

While we’re on the topic, in a very different way there were a couple of Lars Von Trier movies that just killed me (Breaking the Waves and Dancer in the Dark if you must know). He’s one you either love or hate (sometimes both). Not sure if I’m up for rewatching those either though I probably should – maybe it was just a function of my age at the time, but I don’t ever remember a film that built up and released tension as devastatingly as those did. Probably would be worth studying for that alone.

Requiem for Dream is another one…