As you probably know here is a story form for Shrek movie:
https://dramatica.com/analysis/shrek

I like this story - not a real surprise, but I spent some time on analysis and … well … I had some ideas before this analysis was published.
I would like to share it with you just to ask some questions at the end.

I’ve started with kind of ‘simple questions’.
Who’s main character in this story. My bet is Shrek. So what is his Approach? For me he does not loose time on a second thought, so looks like Doer.
So far, so good. More than 16000 storyforms eliminated.
For a similar reason I guess his PS Style is Logical - let’s find the simplest way from A to B.

What about the Driver seat? Folks trying to hunt him, so he defends. Fairytale creatuers invaded his swamp so he has to talk to Farquaad. Donkey wants to be a friend so he needs to get rid of him. Sounds like actions drive the action.

I’ll try another one ‘simple’ choice. Everyone (including audience) feel good at the end. One nice exception is Farquaad, but that’s the part of ‘feeling good’ reason. So the Judgement for me is good.

Well, after all this sophisticated thinking I’m not far from the official storyform. Let’s get the things more seriously.

Overall story. Sounds like everyone wants to get something. Farquaad wants to be a king, Donkey wants a real friend, Fiona awaits for years for a true love and finally Shrek wants to be left alone.
Let’s take activity and obtaining.
Just by the way we have also a goal - obtaining.

Now we can think a little bit of outcome.
Here is where I run into troubles.
Taking a perspective of main character, he does not succeed. Maybe for a brief moment at the low point of the story, when he thinks he has his swamp back and he is alone again, but for sure he is far from being happy. And of course Donkey challenges him once again in a very next second.
In my eyes this is kind of ‘personal triumph’ story, which means outcome is failure.
Now we are down to 64 storyforms and MC throughline seems to be a Situation. Does it make sens. For a junior Dramatica apprentice like me - definitely.
Of course Shrek has his mind fixed but he have (and had for some time) a cure for that. To live alone in a swamp.
Now the problem is in a situation - I’m in a middle of action started by Farquaad and there is a lot of strange creatures around my loneliness.
Se lets take a look on the other side of this coin. Who the hell is impact character.
And now I’m in trouble again because official storyform tells Fiona (and a little bit of Donkey) and my feeling is Donkey (and a little bit of Fiona). It is this ‘dense, irritating, miniature beast of burden’ who challenges the main character for almost whole story. Last action is related to Fiona, that is true, but would it be possible without this conflict with Donkey. I can’t see that.
So… Does the Donkey has some fixed attitude? Like ‘I need a friend’ for example? Sounds good for me.
And is there some ‘Change your mind’ activity between MC and IC? Something like ‘open your heart’ and be my friend? Or maybe don’t judge first layer only, Mr Onion and see a little bit deeper? Maybe not everyone is your enemy and although you have strong reasons to be afraid of stranger, not everyone is enemy.
I feel like it may be close to this story and I go for it.

Now let’s try to find some good quad for problem/solution/focus/response. There are four possible choices and some of them are out of question right from the start. I see no temptation element in this story and no support/help… and so on.
What about Logic as a problem? Maybe I would find some reason to think Feelings are the solution but for sure Reconsider is not a focus. Main part of the story is not ‘convincing someone’. They don’t talk to change the way things are going.
This puts me into ‘Self-Interest’ area and sounds good. At the beginning Shrek is ‘doing or being based on what is the best for himself’. Dictionary tells the truth.
So what’s the problem? And what is the Focus?
It took me more time than just write this but my guess is Shrek feels bad because ho lost control over his loneliness and he wants it back.
“I’m gonna see this guy Farquaad right now and get you all off my land and back where you came from!” And this leads us to Avoidance as a real problem. “I live in a swamp. I put up signs. I’m a terrifying ogre! What do I have to do get a little privacy?” Looks like he actively prevents himself from being involved into relationships. And just to note it right there: at the end he actively pursues his princess to fill up his change.
I go for it.
Tu sum it up: for me it is a ‘Change’ story.
And just to be reduced to a single storyform: I see no clock here - means optionlock.
Let’s take a look on plot progression than. In MC story it is Doing, Obtaining, Understanding, Learning. Living alone, finding princess, falling in love, finding a princess to be a beautiful ogre.

Hmm… seems like Donkey was right. Let’s try to be involved in a relationship. It may hurts from time to time and people have some flows but in general it is better to love and have a friends.

So, now I’m here, in a different place than official storyform lies.
My question is: what went wrong? Or maybe it is possible to find more than one storyform that fits?

I’m not that familiar with Shrek (it’s been a long time since I saw it), but have you watched/listened to the Dramatica user’s group meeting on Shrek? 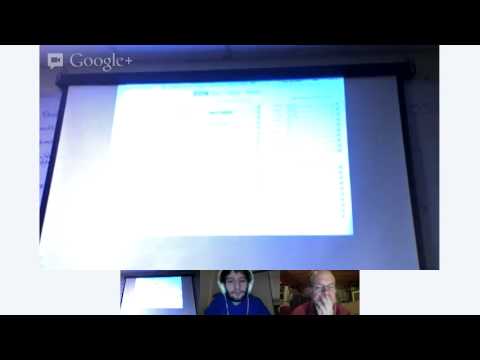 I strongly suggest doing that – in my experience it’s very difficult to do an analysis on your own, unless you’re Jim Hull or Chris Huntley. You’ll see even on these boards we can circle around and debate for a long time before coming to consensus.

Another exercise to help with analysis (I think this is @mlucas idea) is to watch a film that you know has been analyzed, and then take it piece-by-piece – make your guess on the resolve, for example. If you’re right, move on to the other story points. If you’re wrong, try to figure out why. Etc.

We all have storypoints that are more difficult for us than others. I still have trouble with drivers. Distinguishing between Do-er and Be-er can be difficult.

Or maybe it is possible to find more than one storyform that fits?

There should be only one correct storyform. If more than one seems to fit, that would mean that the story is “broken” in Dramatica-speak i.e. it doesn’t know what it wants to say.

There should be only one correct storyform. If more than one seems to fit, that would mean that the story is “broken” in Dramatica-speak i.e. it doesn’t know what it wants to say.

Alternatively, there are multiple stories in there, like in “As good as it gets,” “Jerry maguire,” “Star Wars IV” and “Star Wars V.”
That seems to be rare, though, and I don’t think applies to Shrek.