I’m writing a short Failure/Bad story and I was feeling unclear on who the Antagonist of the story might be. The story has an IC, but this person is clearly not the Antagonist.

On outlining the storyform, I found something interesting: everyone in the story Fails to reach the Goal of Obtaining except one person - who Obtains exactly what he wanted.

This has to be the Antagonist!

As it turns out, this points to that same person. So now I’m looking at this particular person to see where they are using their powers of Avoid, Prevent, and Reconsider.

I hope this helps someone who’s struggling with finding their Antagonist.

Excellent find! This should shed some more light on the Antagonist/Consequence connection:

Does the Antagonist have to pursue the Consequence?

If I have robbers steal a car and cops who are trying to get it back and catch those responsible, that sounds like everyone’s got a goal of Obtaining. I believe the robbers would be Antagonists (they Avoid the cops) and the cops would be Protagonists (they Pursue the robbers), and I can see the cops trying to avoid a Consequence of Becoming (maybe they’d get fired or demoted if they fail) but the robbers aren’t working towards Becoming since their interest is in getting money for the car and not…

Discovering these things through work is the best!

This is great. For future novels it’s one of my goals to focus more on understanding the Antagonist. Who they are, what they’re doing, their plans and motivation. It all becomes clear in hindsight, when I reach the end of the story, but during the first draft the Antagonist is sometimes rather murky.

Apparently writer Stephen Cannell gave this advice to Michael Connelly. Connelly took it so much to heart that he gave his famous detective, Harry Bosch, a mug that reads “What’s the bad guy up to?” Good advice for detectives and writers.

Book Help Web: In Echo Park, your detective Harry Bosch and his partner Kiz Rider both have coffee cups with the motto “What’s the bad guy up to?” given to them by a visiting writer. Is this advice that you follow when writing? Do you keep a hidden timeline or background of what the bad guy is doing throughout the story?

Michael Connelly: It was advice from Stephen Cannell, who writes good books and TV shows. I heard that he had such a motto hanging in his office. So I asked if I could adopt it for this story. It['s] one of those connections between the art of writing and the art of detective work. I keep in mind the lives of characters off the page. This would include the bad guy.

I like it, but wanted to ask a few things.

Generally speaking, though… I suppose the opposite would be true too for a Success. Who is the main player that doesn’t get what they want? But again… I’d ask all those same questions.

Maybe a more precise question could be going back to the basics of Dramatica:
Win, Lose or Draw… who is the Player actively preventing/avoiding the achievement of the Goal?

Hmm…as far as Dramatica is concerned, the Antagonist definition is actually pretty clear cut: it is the person who wants to keep things the same. The Protagonist is the character who drives the objective plot towards the goal. The Antagonist, archetypally, prevents that. It’s made mention that many popular “protagonists” in media are actually antagonists insofar as the definition of one in Dramatica (like James Bond, for example). It’s the character who is trying to maintain the status quo. It’s not the popular mainstream definition of an antagonist, but Dramatica makes a point not to equate antagonist with “villain.” It’s an objective look, so bad and good do not enter the equation. Just throwing this confusing observation into the discussion!

Edit: these are worth looking at, especially the last one -

It’s made mention that many popular “protagonists” in media are actually antagonists insofar as the definition of one in Dramatica (like James Bond, for example).

Actually there’s some debate in Dramatica circles as to whether James Bond is the antagonist: 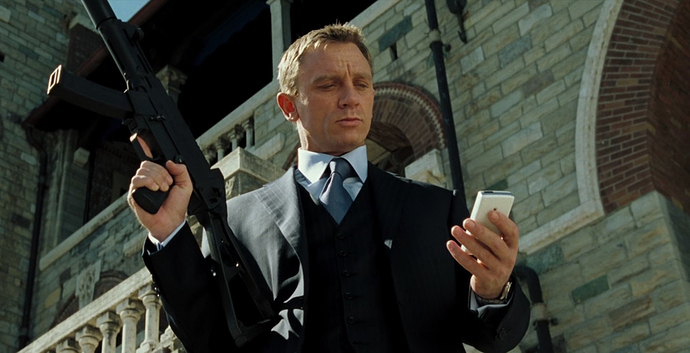 The Tragedy of James Bond the Antagonist

It can be misleading to suggest that Bond works against a successful resolution.

Actually, that article is a pretty good discussion of what makes an protagonist/antagonist.

That said, there are actually counterintuitive cases in which the “good guy” is the antagonist. There are quite a few threads on this topic, but here’s one:

Started writing this in New storyforms for Empire Strikes Back and True Detective but then I thought it might deserve it’s own thread. Reading through the analysis on The Empire Strikes Back here: https://narrativefirst.com/blog/2018/03/the-story-structure-of-the-original-star-wars-trilogy brings up a couple of questions. @jhull you says that Darth Vader functions as the Protagonist of the story in terms of pursuing Luke, which totally makes sense. You also say that the story feels most lik…

The tricky thing is that there is an order that you must take into account when trying to figure out what “status quo” means.

Humperdinck is probably similar to most Bond villains…

I would say more than a focus on the status quo, the key to pinpointing the Protagonist or Antagonist is to really nail down the source of Conflict at the Concern and Issue levels, and the static plot point of the Story Goal. Once you know for sure what inequity you’re dealing with, it becomes clear who is pursuing or avoiding the Goal that’s tied to them.
Keeping things the same might not always be clear in a narrative depending on the Mindset and how closely a story even adheres to the concepts of Protagonist and Antagonist.

That being said, I second that checklist @mlucas laid out… look at the Protagonist and Antagonist in terms of the Initial Story Driver (and also the Concluding Driver).

Adding to that, another factor I think about it is that the Initial Driver puts a StoryMind at rest out of whack; brings attention to the Mind that an inequity exists.

Once that Driver disrupts the mind, there are two forces at play from an Objective POV: One force that sees a target which would bring that inequity back into balance, and a force that wants to avoid and/or prevent the inequity from coming into balance. For good or bad, that second force is basically okay with the inequity, or the perspective is that it’s not so big of a problem that there is motivation to pursue the Goal.

Compare it to a Steadfast character. It’s not that there is no inequity for an Antagonist, it’s that there’s a POV which is OKAY with the inequity. In Back to the Future, the Steadfast MC perspective describes the dilemma of a situation in which on one hand, one shouldn’t put themselves on the line in order to stave off future rejection. But at the same time, one should choose to be open-minded to realize their full potential.

It’s a bit of a hypocritical place to be coming from… but the subjective stance is that it’s okay to be in that place. Marty represents this perspective in the storytelling, and we see that not only does he live with that duality unmoved, it’s his unchanging source of drive! An opposing POV might influence Marty to realize that he’s a bit of a hypocrite… and it does! From the IC POV… but it only serves as motivation for him to stay the course (not unlike a Protagonist vs. Antagonist).

There’s a great question on Subtext that asks if the MC’s personal issues slow down the plot or not… and in that sense, you can almost see certain MC’s as mini antagonists to their own Protagonist (which in most cases is the same Player).

@jhull’s recent update to The Matrix points out that Neo’s issues slow down the plot. If the Goal is Obtaining, breaking free… and Neo as MC has to balance his self-doubts with his personal truth. Neo as MC almost the dynamic of a mini Antagonist for a while. (Of course the MC is not tied up in the OS, but just using the forces at work as a comparison).

So, I’m not sure it’s so cut and dry in terms of keeping things the status quo… and likely why there’s debate over James Bond and the like.