Hello,
I ampolishing of my scripts before handing it over to a local production group. I am getting through the illusive dramatica theory the hard way and got stuck at a number of issues:

It is a failure story in which Protagonist save her life but is banished from her religion, losing all her friends and half of her family.

The steadfast Main Character, her attending physician, lose his shaky marriage with his wife, one of the ICs, at the end of the story.

The story’s message/premise goes like:
“Sometimes you have to break a law to find your freedom ( or know the real truth).”

It sounds a bittersweet_personal tragedy story and I labeled it as a Good one.

What do you say? I’m dying for any kind of help…or is it support?

It is a failure story in which Protagonist save her life but is banished from her religion, losing all her friends and half of her family.

Can you give us a summary of the plot and tell us what the story goal is?

The steadfast Main Character, her attending physician, lose his shaky marriage with his wife, one of the ICs, at the end of the story.

What makes the physician the Main Character? What is their personal problem?

Of course,
OS Goal_ cure without breaking faith
Protagonist_patient in a hospital who happened to be a devoted religious lady who ‘fears no death’…
But she gets critical and the only way to survive is by accepting a treatment option which, according to her religious code of conduct, is considered a sin/is an ambiguous law/ is frowned upon_ depending on who is asked.
MC, her physician present her with this loop hole in her law. She finally accept it and her life is saved. Local religious leaders decided it was heinous act an she is fired.

I guess the scenario is not brand new but i am more than will tell you more.

I feel like the roles are switched, so help me out with this.

The Patient has a personal desire not to break the law.
The Doctor is pursuing a way to cure the disease.

Unfortunately, they interact because the cure violates the patient’s needs.

What is the patient doing for the majority of the script? Is she pursuing other cures?

If that is the case, then it is possible that she is both the Main Character and the Protagonist. That would mean the physician is the Help character.

Good point but hear me this.
The story focuses less on her because all she goes through is chemotherapy sessions, fights the side effects etc…But along with her came her family and Elders, who argue on all medical treatment options she can get or not and who try to convert the health team and patients_ these take up most of the OS.

On the Subjective side, the MC fights off with one of the ICs, a lady friend of hreligion. colleague, something like:
MC_“don’t go behind my back to tempt and influence my patient (protagonist) into taking a transfusion without me and the proper protocol”
IC2_" she is being silly…she will listen to you"
The MC holds a view that though the patient is barely 18 years old, whatever she opt must be respected _as long she knows what her law says. And also that she must be properly counseled but not influenced.

The MC and IC2 then indulge into the dogma of protagonist’s religion.

(Should I come back with an organized briefing?)

Explain to me what the Protagonist is doing, please.

Also tell me what Domain you have for the OS. Is it Physics, Psychology (Manipulation)…
.

The Antagonist is usually a person.
The Diagnosis might be a Driver.

What the protagonist has been doing?
Because of her repeated vomiting she ends up having aversion to her favourite meal.

The story is all about her decisions. To name one or two,

She gets sick, kicking the story then she is hospitalised, where she is put amid patients and hospital workers to whom she is Silly and whom she label Sinners. We see her as she changes her her perspectives for the better, and the other side too.

She has a twin sister beside her and father who had left them and the faith years ago. But he arrives in town and visits her in the hospital, posing a threat:
family despite if the mother learn he is around, risk of luring her sister away if the protagonist keeps it from the mother. This teenage protagonist has to make the right call for the future of everyone concerned.

Disease as an antagonist?
I think i have read dramatica is OK with that. But I have the “Antagonist’s henchman”
(Thank you, are already making me do think again on some issues)

What the protagonist has been doing?
Because of her repeated vomiting she ends up having aversion to her favourite meal.

protagonists are usually in pursuit of something: an object, a new sense of understanding, proof that being a jerk is okay, a way to restore their way of life.

Your protagonist is maybe getting people to consider a new way of living, which is why she changes and others change.

But she has to be active in this, and you are not telling me anything active that she is doing. (Vomiting is active, but it’s not “pursuit”. It could be that her vomiting makes people consider that she is sick, but then you really need pursuit.)

Just to be clear: the Protagonist is not just the person the story focuses on. They have to be trying to reach the Story Goal. How is your character trying to find a cure for her disease?

Disease as an antagonist?

Yes, it is okay with it. But it’s unusual.

This sounds like a wonderful story by the way.

Just thinking aloud. To follow from what @MWollaeger said, it sounds like maybe the physician is the Protagonist who is pursuing a cure to secure the young woman’s Future. He could also be the Main Character, who has personal issues in his marriage. In that case, the family and elders might represent the Contagonists/Antagonists who try to Hinder and Prevent the treatment. If she gets the treatment and survives but is rejected by her family, it could be a Success/Bad story.

Of course there are many other options. You could focus less on the external Situation (Universe) of the disease and more on the problematic Psychology (Manipulation) of everyone involved. The goal could be getting the family and elders to accept a different idea (Conceiving) of how to handle the girl’s illness. In that case, the story might be a Failure (they don’t change their minds) but the judgement Success (she survives and is free).

MWollaeger, I am not trying to be defensive but rather exposing more of the story, hoping you will have a broader area to attack.

Inactive Protagonist
The logline of the script perfectly translates from my Language as:
“An ardent JW risks a Heavenly Resurrection if she chooses to save her earthly life.”
As the Protagonist operates from her hospital room, her activities and interactions are limited. For me this makes her less qualified to be a Main Character. But I think she might need to be a more active protagonist than just being complacent, determined and tolerant.

To meet the specific OS Goal,
She has to gain her health back and fulfil her desire of resuming her evangelizing duties. For that to happen she has to follow doctor’s orders and tolerate long hours of chemotherapy sessions and drug side effects are the hardest chores.
Although it may not be as bad as the depressive state she will be in and out, vomiting was the first obstacle she has to overcome.
Despite myriad of available drugs, vomiting remains one of the commonest problems of chemotherapy and has direct negative effects, as it interferes with nutrition and taking of supplementary pills. Additionally, in this case, she is always making ways to avoid it so as not to puke in front of the cool male doctors and interns.
As the story progresses so does her anxiety and she becomes desperate, repeatedly ask about her prognosis and even begins to take extra pills when no one is around.
Additionally, she is expected remain a firm believer who keep their hopes high despite an imminent grim future. She has to respect the doctrines, regularly communicate with God, and she always attempts to spread His Good News to neighbor patients and hospital workers, who are willing, if possible.

Disease as an Antagonist
If I take IC2 as the Antagonist, she will be against the Protagonist’s Faith but not the Cure. I am not sure if that is taken as antagonizing the whole Goal.
And if IC2 and the Disease share the Antagonist role, will it be IC2_Reconsider and Disease_Prevent?

Hi Lakis,
That is the thinking out of the box i couldn’t come up with. I knew dramatically will mess up my story : )

The protagonist is the one who make the decisions, even if that is a reflexion of Elders and her mother. And there is no way they would encourage her break their law.
And, since goal of cure and keeping faith weigh equally for her, can you say the outcome is good if either one is not met?

And if the patient is not the Protagonist, which character would she represent?

MWollaeger, I am not trying to be defensive but rather exposing more of the story,

One of the hardest things in this forum is telling your story the right way. We all fail at this all the time.

Let’s back up and ask a very broad question: What is the story that everyone is involved in? This is not the plot, this is the problem area.

Universe/Situation: A preacher is sick and getting worse. Everyone wants to save her.

Physics/Activity: It is difficult to get the proper treatment in Ethiopia(?) and a preacher’s church is falling apart because she is not there to guide them.

Manipulation/Psychology: A sick preacher who is turning down the best medical practices forces people to think about the role of religion and tradition in the current world, which is dominated by technology and medicine.

Feel free to build on or change these. But I’m trying to get the BIGGEST picture of the story that you can give us.

I know there are no short cuts. And the hardest thing for me has become leading you to the heart of my story (

But the problem area fits your description under Situation, everyone wanting to help her in their own ways.

Okay, given that we have an OS of Situation, please explain what is stuck in the world and how fixing it will make everything better.

If you can, please also explain how the Past, Present, Future and Progress play into the story.

I know this can be a difficult and slow process, but so many people who come here have misconceptions that need to be cleared up.

Begging for your patience with me, I’m not familiar with ‘stuck’ in this sense.

It’s a great way to zero in on the actual Source of Conflict in your story. It came up in this week’s analysis of My Cousin Vinny: 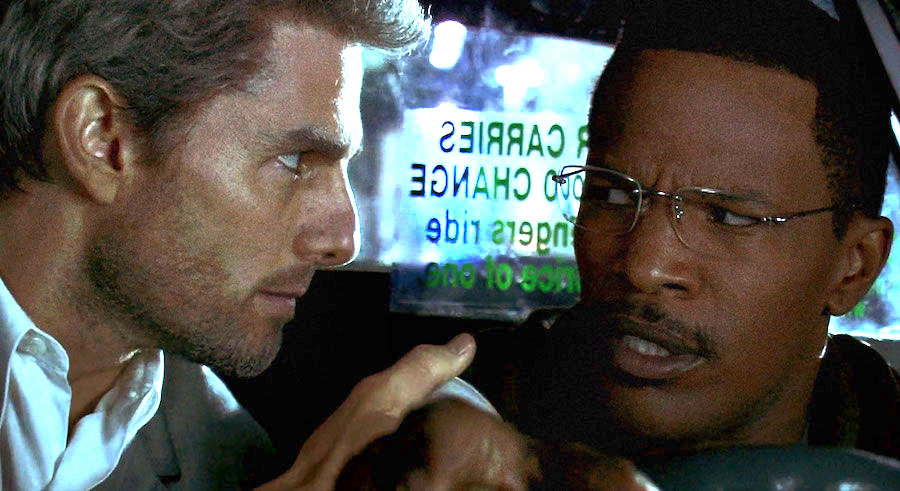 A Simple Way to Look at the Throughlines of Your Story

A simple question you can ask to determine the thematic issues of your story.