These were fun movies, which many people enjoyed watching many times, over the years. I did not see them come up in the analysis search. It would be handy for writers to have their story analyses if wanting to play around with their concepts.

I just happened to catch a rather great film with rather great acting, and the author of the original source novel gave a rather shocking approval of the film, "…“I’m not much of a moviegoer, but I did see that one. I thought it was a fine job. That Juano Hernandez is a fine actor–and man, too.” That blew my mind since writers are very sensitive about their work … haha.

Intruder in the Dust (film) from book of same title by William Faulkner.

Also, it might be fun to analyze the story Doyle wrote after he walked away from having to keep producing Sherlock Holmes stories by killing him off … forced by fan demand to continue them, and thus gave the world The Hound of the Baskervilles. That whole thing just speaks to writers, doesn’t it? After all, writers started off being fans of something … haha. There have been several good film adaptations. I remember being 18 years old and helping out at home with a family tragedy and year long emergency, pulling a book off the shelf called the Complete Works of Sherlock Holmes/ Doyle or something like that, then reading all stories and novels almost nonstop any free time I had. Doyle must have been some dynamic writer to catch an 18 year old.

In case you missed it, I have a video on Storyforming Forrest Gump here: 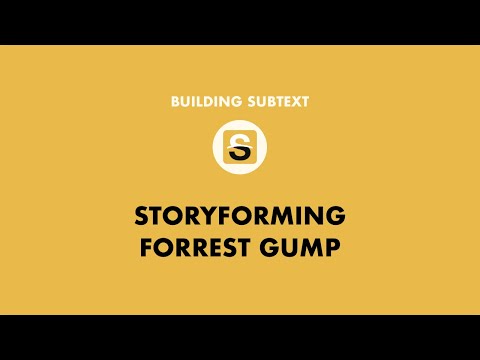 I also have the Storyform for Dances with Wolves here:

And Terminator 1 is here:

The Abyss would be great, if I could just find a place to stream it!

Ferris Bueller is fantastic, and what i would think is a very unusual storyform for a comedy (and a steadfast MC), but a very effective one. The sister seems to also have a very truncated MC throughline in there too that is almost completely separate from the Ferris story.

It’s not here yet, but from the pulse of the early reviewers, it’s bae(in a good way)!

So let’s include Dune(2021 on HBOmax) to the general list. It’s epic. It’s gonna be rich with stuff, and It’s from a complete story(the book anyway-which the director stays faithful to mostly).

And then we need to do a breakdown of something epic. Game of Thrones, I think, is great. It’s a complete work, it’s long form (which will be SUPER HELPFUL for writers who want to do a long series), It’s a great study in character (so we see how to use the character traits in Dramatica, and how hand-offs work), it’s a great way to explore how the series could have ended( broken limits, etc) etc.
Anyway, it’ll be an ordeal but it’s high time we broke down a long epic story- especially one as entertaining as this series was.

Have a good one, guys.

You may or may not know—but we’ve already been through TWO seasons of Succession, finding almost 20 individual Storyforms for both seasons and every episode. 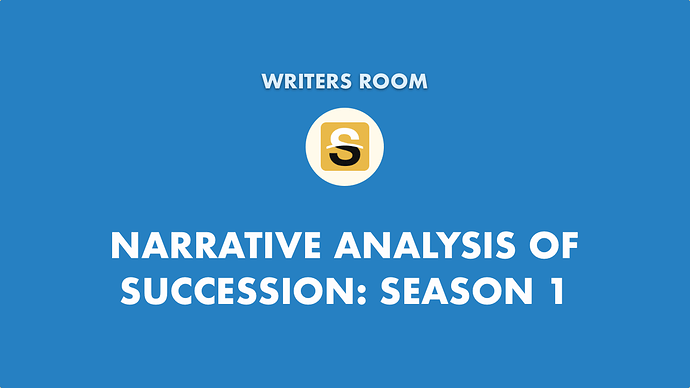 Narrative Analysis of Succession - Season One

Subtxt is the only writing app that reveals your story's secret hidden code.

It’s a monumental work, and one that picks up in 2 weeks with season 3.

We shall re-sub to the service and dig deep.

If we do GoT, I think we could successfully limit it to just the first season. What do you think?

That would be fantastic!

And it has a great conclusion too.

Chris is the one-and-only decision maker when it comes to this, so he’s the one you have to convince.

Hi folks, it’s been a while.
I watched MISS SLOANE (2016) last night. It was a blacklist spec script favourite of 2015 and I can see why! A real sense of completeness to it.
Would love to hear you discuss it.

There’s a storyform on Dramatica.com for The Terminator, but I wouldn’t be surprised if it’s off track… inaccurate. Also, comparing the sequel would be interesting. They seem to be mirroring in terms of dark ending in 1 and optimism in 2.

Instead of us throwing movie suggestions onto this page, how about we ask what we want to learn and then see how Dramatica deals with it?

I know some of the above has been done before, but there must be specific things we’re curious about?

How does Dramatica help with the choice of POV? More like when to break away from the OS to the MC throughlines and then to the IC and RS.

Is the logic akin to Scene-Sequel etc.